Welcome to Timbervault! Is what we’ll say when you arrive. If you’re looking for one of the best things to do near Plymouth, you’ve come to the right place. Did you also know we have a selection of brain-melting puzzles in store for you? Well, we do.

An ideal setting for team-building and finger-pointing, Escape Rooms Plymouth has found its home here. Whether you’re into delving into the brain of Sherlock Holmes, discovering the secrets kept within the school of Witchcraft and Wizardry or fancy taking a gander at what’s in store for Plymouth’s very own Area 51… We’ve got you covered!

Right here, right now we’ll take you through our 6 escape rooms! See which ones you and your friends would love to take a crack at.

Take a step back in time and discover The Arcade! After losing a bet with the unpredictable Doc Rick, you and your party have stumbled into a time-warp scenario where you’re surrounded by 1985’s nostalgic video games, puzzles to be solved and… fingerless gloves? Put together your team (2-6 players) and see if you can escape in under 60 minutes!

Professor Moriarty needs your (and 2-5 other players’) help. Yes, we know, it feels like the wrong thing to do but we have it from a credible source that Sherlock has been withholding an item of historic importance and we need it! Crack codes and ask questions later as you only have 60 minutes until Sherlock & Dr Watson return. Do you have what it takes to break into 221B Baker Street and return successfully?

Ever wanted to rob a bank? Well here’s your chance! Assemble your carefully selected team (2-6 players) to see how much loot you can get away with. Precision and quick thinking are required in The Bank Heist as the cops are going to be here soon… Hurry!

Bedknobs, broomsticks and a classroom full of tricks. Welcome to the school of Witchcraft & Wizardry! Where nothing is straightforward. Recruit your team of witches and wizards in training (2-6 players) to tackle the puzzles of the evil professor and graduate with a distinction! This is one test you won’t be able to study for…

Aye-Aye, Captain! Strange things can be found in Plymouth but even stranger things are aboard the spy-sub HMS Pandora. After its entire crew was lost during a secret mission, evidence of its previous operations can never fall into the hands of the enemy! Reconfigure the submarine’s controls, access the self-destruct and if you have time, escape before it’s too late! Take your team (2-6 players) and navigate the depths of Sub Zero. Good Luck!

You’ve heard the rumours of Roswell and Area 51 but did you know there’s a secret kept within Plymouth as well? Many debate if it’s a silly conspiracy but others speculate that there’s something else going on here. Grab your team (2-6 players) and see if you can crack the codes to reveal one of the South West’s greatest discoveries!

Looking for a new challenge? Get booked into one of our escape rooms! We’ll see you soon. 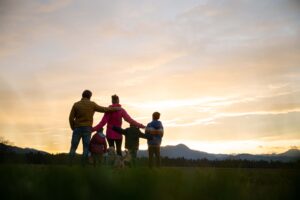 Planning the perfect family day out

Looking for recreation activities in Plymouth for you and your family? It can be difficult to choose an activity that everyone can agree on. The 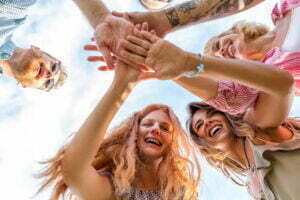 Have you thought about your team roles for your next escape room? Everyone needs to get involved, but you can’t have six leaders! Start by 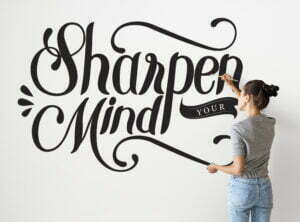 In this blog, we’re going to be taking a look at some of the benefits of solving puzzles! If you’ve never taken part in an

Gillian Holloway
recommends
Fantastic staff, very accommodating and friendly. Take time to show and answer questions, very attentive. Overall great experience for the 3 teenage boys, we will be back and definitely want to try the escape rooms too. Thanku

James Deacon
recommends
We had a great time Axe throwing! Staff were attentive and fun and the place was easy to get to and smartly set up! Will deffo be going again- also they let you throw axes ha!

Nikki Street
recommends
had an amazing time the staff are great and Sophie was our coach and was a good fun. definitely will be visiting again xx

Susan Rich
recommends
We visited today for the first time to do Bank Heist escape room and loved it. Our host James was very good at explaining things and giving us hints (only two) when he thought we needed them without giving us too many. We (2 adults, 2 teenagers) managed to open all but three boxes in the vault which was great considering between us we had only three sporadic escape rooms on works dos or birthday parties. Very cleverly thought out and planned. Great way to spend an hour, can't wait to do another. Bank Heist is a good escape room as there is lots to investigate so you don't all search for the same thing which could lead to disagreements :) Cheers Susan

Clare Bouvier
recommends
my 2 sons had the best time for their birthdays - one doing the escape room with his friends and the other doing the axe throwing. the staff were SOOOOOOO welcoming, friendly and accomodating. Such a fab evening . thankyou so much for everything. 🙂

A-Jay O'Riley
recommends
came here for something different to do for my birthday. the experience was amazing. All of the staff were patient and lovely. Sophie was amazing and definitely made the experience more enjoyable. well worth the money

Sue Watson
Had great fun in the Escape rooms.

Benedict Lindsey
We've been to timber vault a few times before to throw axes and the staff have always been incredibly helpful but this time, our axe marshal Sophie went above and beyond and made our visit our best yet.

Steven English
A perfect time with the family and an excellent way to distress the staff are always on hand to help and give you pointers.

Nina Pudner
Nice place to eat. My son and husband did the big breakfast challenge.. Husband completed it and got a £20 axe throwing voucher as a reward.. I had the vegatarian breakfast which was nice enough